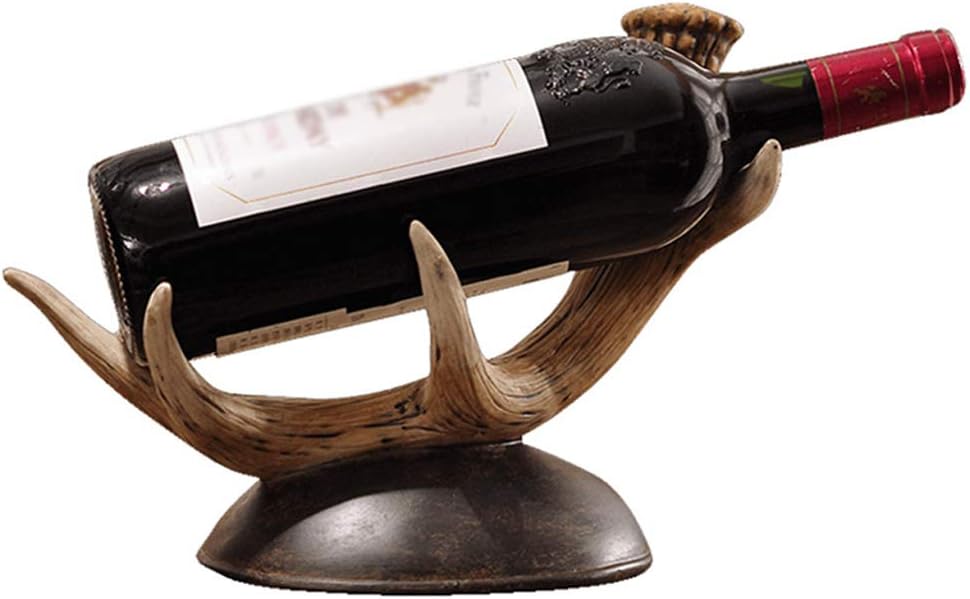 Describe:
With a style that fits in the beautiful pattern design with modern and traditional decoration. With strength and sturdiness, our wine rack will stand the test of time. Use durable material, convenient function and permanent fashion.
Name: Handmade antler jewelry decorative wine rack
Material: Resin
Specifications: length 28cm' width 12.5m * height 18.5cm
Weight: 1.8kg
Style: Europe
Note: Manual measurement, please understand that there is an error, the product does not contain red wine
Note: This product does not contain red wine
Please note:
1. Please check the size and color before purchasing.
2. Please note that slight chromatic aberration may occur due to different monitors.
3. Delivery time is 10-25 days. If you still can't receive your order after 30 days, please contact us.